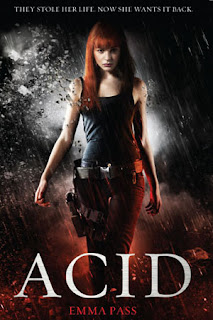 Shortlisted for the 2014 Coventry Inspiration Simply the Book! (14+ category) Award and the Doncaster Book Award.

Longlisted for the Branford Boase Award 2014.

Nominated for the CILIP Carnegie Medal 2014.

ACID - the most brutal police force in history.
They rule with an iron fist.
They see everything. They know everything.
They locked me away for life.

My crime?
They say I murdered my parents.
I was fifteen years old.

My name is Jenna Strong.

What people are saying about ACID…

"There's an exciting and intriguing opening, lots of action, plenty of twists to keep you guessing, a dystopian future and a kick-ass heroine in Jenna Strong. So… Katniss Everdeen had better grab her bow, nock another arrow and prepare for a fight. She has a challenger." (Dan Smith, Author of The Child Thief)

"In a word, ACID is brilliant… They coined the term 'page-turner' specifically for books like this… When you come out of a book wishing that you knew the heroine in real life, you know they're someone a bit special. I LOVED it. 10/10" (World of Children's Books) 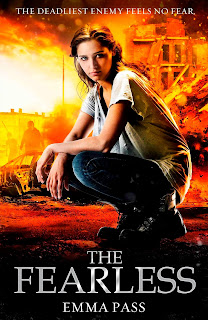 The Fearless
A post-apocalyptic thriller for young adults, out now from Corgi/Random House Children's Publishers (UK) and early 2015 from Delacorte (US).

Nominated for the CILIP Carnegie Medal 2015.


The Fearless. An army, powered by an incredible new serum that makes each soldier stronger, sharper, faster than their enemies. Intended as a force for good, the serum has a terrible side-effect – anyone who takes it is stripped of all humanity, empathy, love. And as the Fearless sweep through the country, forcing the serum on anyone in their path, society becomes a living nightmare.
Cass remembers the night they passed through her village. Her father was Altered. Her mother died soon after. All Cass has left is her little brother – and when Jori is snatched by the Fearless, Cass must risk everything to get him back.

Add The Fearless on Goodreads.
Buy on Amazon UK.