I've got a very special guest on the blog today! It's day one of Helen Grant's Demons of Ghent blog tour, and Helen has stopped by to share her top ten kickass heroines.

Demons of Ghent is the second book in the Forbidden Spaces Trilogy; I read the first, Silent Saturday, quite recently, and absolutely loved it. It tells the story of Veerle, a 17-year-old girl who stumbles upon a secret society of urban explorers obsessed with breaking into unoccupied buildings, and when she joins them, finds herself in more danger than she could possibly imagine (you can find out more here). Helen combines a spare, elegant writing style with fast-paced action, edgy characters and a compelling setting – in this case, a bleak suburb of Brussels, which, for me, made a fascinating change from the usual US/UK settings of YA novels. 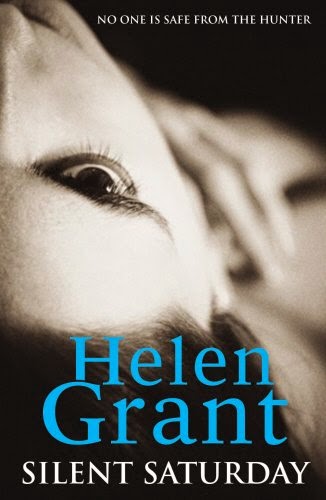 So, as you can imagine, I'm very excited that the second novel in the sequence, Demons of Ghent, is being published in a few days' time. I'll share the blurb at the end of this post, but in the meantime… over to Helen! 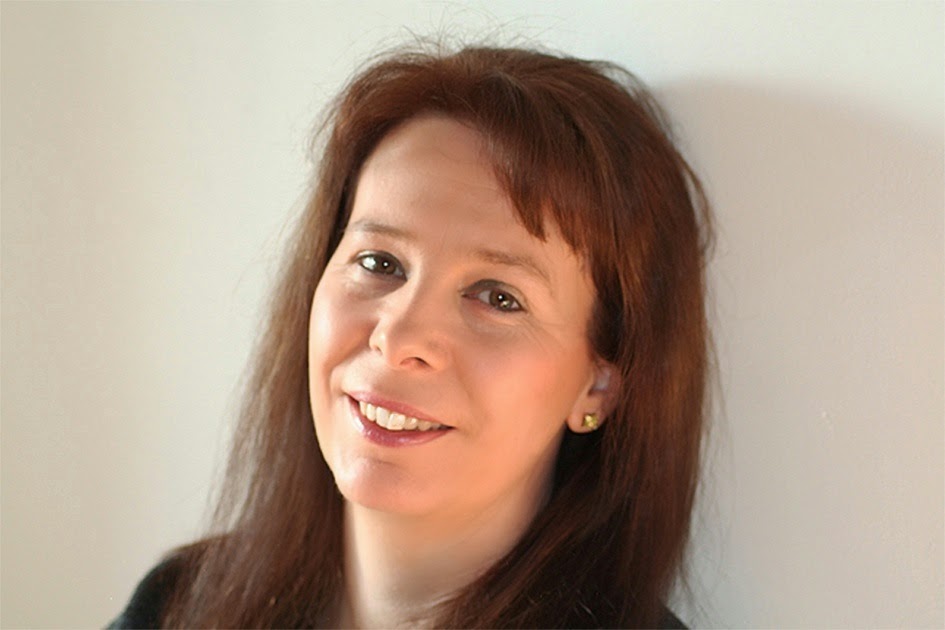 I always find it really hard to compile Top Tens because I haven’t read all the books in the world (…yet), so there are bound to be some brilliant candidates that I’ve totally missed! These are my personal favourite kickass heroines.

Katniss Everdeen (The Hunger Games)
Katniss belongs on this list so much that I thought I should just put her there at the top and get it over with. I love her because not only is she strong and capable, but she’s also protective. She’s not a mindless killing machine. She has a conscience. The whole plot kicks off because she tries to protect her little sister – and she does it without thinking, not as some kind of macho display.

Jane Eyre (Jane Eyre)
It’s harder for a Victorian heroine to get onto the list, because back then things like fainting dead away in the face of danger were considered acceptable behaviour. In spite of this, Jane manages to be totally kickass, especially in the scene where she spends the entire night sponging blood off the badly-bitten victim of some unseen horror, while Rochester rides off to get the doctor.

Jess Tennant (How To Fall)
The heroine of Jane Casey’s two YA crime novels, Jess took my breath away at the end of the first one, How to Fall, because of her frankly outrageous strategy to lure out her cousin’s killer. I’m saying no more in case of spoilers, but…wow.

Mrs Proudie (Barchester Towers)
“She’s not the heroine!” I hear you cry. Well, no. The domineering wife of the Bishop of Barchester in Trollope’s Barchester novels is a character you love to hate, rather than actually love. Unable to be a bishop herself (something still impossible at the beginning of 2014), she nevertheless manages to do the job in all but name. At the end of the Barset books she dies, perhaps literally, with her boots on: she is found dead and rigid, on her feet, clasping the bedpost, and with her eyes wide open.

Cass Hollencroft (The Fearless)
Cass, like Katniss, is motivated by protectiveness, in this case the desire to rescue her little brother Jori from a fate worse than death. Impressively, Cass did not grow up in the dismal world of The Fearless, where you can either spend your time locked up in a fortress or risk being picked off by pharmacologically-created ghouls. She began life as an ordinary girl with a loving family and a pet cat. In spite of this soft beginning she still turns out to be kickass. Respect.

Lisbeth Salander (The Girl With The Dragon Tattoo)
Do I need to explain why she’s on the list? Thought not. Probably the most kickass heroine ever.
Circe (The Odyssey)
Circe lives by herself on an island in a palace guarded by wolves and lions. When Eurylochus and his men turn up, she is busy weaving and singing and upon seeing them she invites them in for dinner. So far so cutely domestic. Then she drugs them and turns them into pigs (there’s no such thing as a free lunch, guys). Odysseus, who turns up later, escapes the same fate thanks to some sneaky help from the Gods, but she still keeps him on her island for a year, and when he finally leaves, she tells him to go to Hell – with detailed instructions.

Jo March (Little Women, Good Wives)
Jo would probably be on quite a few people’s lists of kickass heroines, because of her fiery spirit, her disregard for boring social mores and the time she cuts off all her hair and sells it. Personally, I love the fact that she swerves the young, rich, handsome suitor who is prepared to lay it all at her feet, in favour of the chunky foreign dude with the beard and a shedload of integrity. And then they set up a boys’ school.

Ayesha (She)
It’s pretty kickass to be known locally as She-who-must-be-obeyed. As well as ruling an uncharted region of Africa from her stronghold under a volcano, Ayesha is able to kill a love rival by pointing at her and giving her a hard stare. Furthermore (spoiler alert) as the sequel proves, her kung fu is so strong that if she snogs a mere mortal man, he drops dead of it.

Veerle De Keyser (Silent Saturday, Demons of Ghent)
Is it bad to have one of my own heroines? Well, it’s my party I guess. All my books so far have female leads, and out of all of them, Veerle is the one I’d like to be. She’s got far more nerve than I have, and a much better head for heights: Demons of Ghent is full of rooftop shenanigans, and I am terrified if I am more than a couple of metres off the ground. Also, she’s so kickass that at the end of Silent Saturday she goes back into the crime scene to confront the killer.

People are falling from the rooftops of Ghent. But did they throw themselves off - or did somebody push them?

Veerle has seen enough death to last a lifetime.

But death isn't finished with Veerle just yet.

When people start to die in her new home town, some put it down to a spate of suicides. Some blame the legendary Demons of Ghent. Only Veerle suspects that something - somebody - has followed her to wreak his vengeance.

But she watched the Hunter die, didn't she? 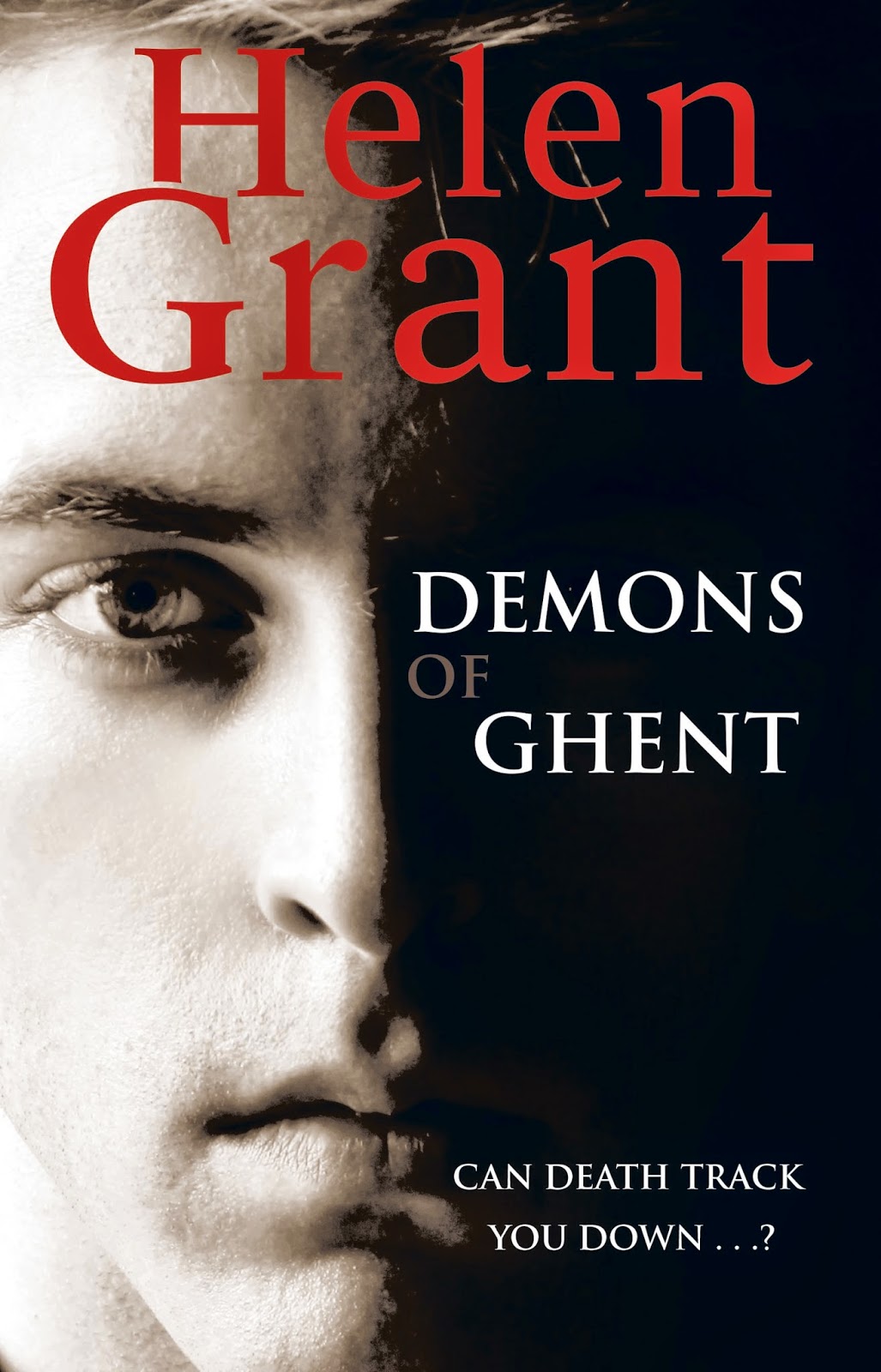