The Books That Made Me Fall In Love With Words

My mum and dad tell me that when I was very small, I used to come into their room into the small hours of the morning to announce I was bored. So they did what any self-respecting parents driven half-crazy by lack of sleep and middle-of-the-night demands for entertainment would do: they taught me to read.

I don’t remember this. For me, reading’s something that’s always been there, like breathing. What I do remember is the books that were more than just books – the ones that made me fall in love with words.

Tim and the Hidden People (series) by Sheila K. McCullagh 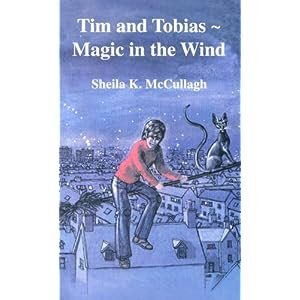 I discovered these at school when I was about 5 or 6. While everyone else was listening to the teacher reading about Roger Red Hat (another series by Sheila McCullagh) I’d sneak these off the shelves to catch up with the adventures of Tim, a boy who finds a hidden kingdom, and explores it with the help of a cat called Tobias. Often, I’d get so absorbed, I’d be completely unaware that the teacher had stopped reading and was giving me the Stare of Death™ until she came over and took the book out of my hands. 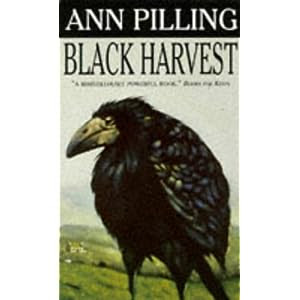 By the time I got to middle school, I’d developed an appetite for ghost stories. One of my favourites was this dark and incredibly creepy book about Colin and Prill, who are dismayed when they find out their dorky cousin Oliver is coming with them on a much-anticipated holiday to Ireland. When they get there, though, Oliver turns out to be the least of their worries. Strange things start to happen – a terrible smell hangs in the air, Prill is haunted by nightmares and their baby sister falls ill. In the end it’s Oliver, the only one who seems unaffected, who discovers a connection to the Great Famine, and must fight to save them all. I remember this being the first book I ever read where, instead of seeing places I already knew in the real world, I saw places that were completely out of my own imagination, conjured up entirely by the words. 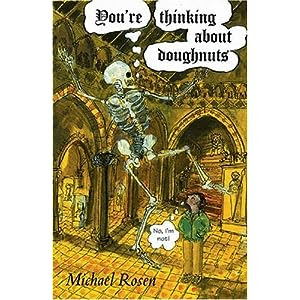 I also loved funny books, and there’s few authors funnier than Michael Rosen. This book is about Frank, who has to wait at the museum one night while his mum, who’s the cleaner there, finishes her shift. The exhibits, which include a talking doughnut-obsessed skeleton, come to life and together, they have all sorts of adventures. I got it through a book club at school and read it until it dropped to pieces.

In honour of the great man himself, I’m going to leave you with a video I discovered yesterday after a friend tweeted about it. The only word for it is… genius.

What about you? Which books made you fall in love with words and reading?
Posted by Emma Pass at 07:13