Interview With Leigh Ann Kopans, Author of ONE

I've been excited about this post for a looooong time. I first met Leigh Ann Kopans on Twitter after discovering her blog, which is packed full of insight, humour and honesty. When she announced that she would be self-publishing her debut novel, ONE, and asked me if I would like to read an early copy, I jumped at the chance because I'd already heard a lot about it and was desperate to get hold of it. And oh my goodness, WHAT A BOOK. I seriously loved it. It's original, fast-paced and has a strong, edgy main character who doesn't need anyone to rescue her, thank you very much. Here's the cover (isn't it gorgeous?) and the blurb: 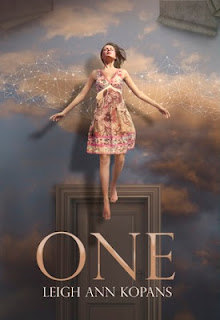 It makes you a One.

Sixteen-year-old Merrin Grey would love to be able to fly – too bad all she can do is hover.

If she could just land an internship at the Biotech Hub, she might finally figure out how to fix herself. She busts her butt in AP Chem and salivates over the Hub’s research on the manifestation of superpowers, all in hopes of boosting her chances.

Then she meets Elias VanDyne, another One, and all her carefully crafted plans fly out the window. Literally. When the two of them touch, their Ones combine to make them fly, and when they’re not soaring over the Nebraska cornfields, they’re busy falling for each other.

Merrin's mad chemistry skills land her a spot on the Hub's internship short list, but as she gets closer to the life she always wanted, she discovers that the Hub’s purpose is more sinister than it has always seemed. Now it’s up to her to decide if it's more important to fly solo, or to save everything - and everyone - she loves.

So, to celebrate the impending release of ONE, which is out on 11th June, I invited Leigh Ann to take part in a one-themed interview…

Hi, Leigh Ann, and welcome to the blog!
Thank you so much! I’ve been reading your blog forever, so I’m seriously fangirling that I’m ON it. Whoa. Just…whoa.

Can you sum up your novel, ONE, in one sentence?
ONE is about Merrin Grey, a girl with half a superpower, the boy who makes her fly, and the terrifying truths about the Supers’ Biotechnology Hub they must uncover to survive.

What is the one thing you hope readers take away with them after reading the novel?
That they should never take “no” for an answer.  If you want something badly enough, find a way to make it happen.

Name one thing that inspired you while you were writing ONE (and why).
Music was a HUGE inspiration! So many songs are about the desire to fly, literally or figuratively, or the sky, which is my main character Merrin’s obsession.

What is the one piece of advice you'd give to aspiring authors?
Surround yourself with people who will give you two things: The critique you need and the support you need. Both are invaluable.

What is the one thing you can't manage without when you're writing?
Coffeeandchocolate. If I say them together like that, do they count as one thing?

Definitely! :D If you had to pick one favourite book, what would it be?
Jane Eyre. It has it all – the creepies, the romance, the drama. It was my first book love, and I think it’ll be my last, too.

If you had to pick one favourite song, what would it be?
Just one? Like, for all moods? You are TOUGH, Emma! Right now, I’m going to say “Happiness” by the Fray, because it encompasses so many different ones.

If you had to pick one favourite place, where would it be?
My husband and I visited Arizona last year, and it’s my new dream home (sorry, Ohio!) The dry heat, the glorious sunshine, the big red rocks and cacti, and all the open space…it’s like an introverted writer with Seasonal Affective Disorder’s dream.

If you had to pick one favourite food, what would it be?
A macaron ice cream sandwich from Jeni’s Ice Creams. Pure heaven. (http://www.jenis.com/ice-cream-sandwich-8-pack-collection/)

And one last thing… If you could have one superpower for a day, what would it be (and why)?
Just one day? I’d fly, for sure. Just like Merrin.

Thank you so much for having me today, Emma! You’ve been such an incredible friend and support throughout my debut process and I can’t thank you enough.

You're so welcome, Leigh Ann - thank you for such great answers! I wish you every success with ONE and hope that everyone who reads it loves it as much as I do!

What people are saying about One:

One balances a fully imagined, super world with deep, well-crafted characters and took me on a heart pounding, heartbreakingly authentic journey I hated to see end.

~Trisha Leigh, author of The Last Year series and the upcoming The Historians

I opened One and didn't put it down. On the surface it's a fast-paced superhero story combined with all the wonderful and terrible aspects of teenage life, but beneath that is the story of a girl who only wants to be more than she is. It's a fun adventure cloaking a simple but powerful truth of the human condition.

And here's my blurb (you can read the rest of my review on Goodreads here- http://www.goodreads.com/review/show/509274383):
Exciting, edgy, romantic and beautifully written, ONE is a book from an incredible new writing talent that will leave you longing for more! 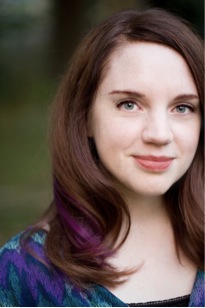 Raised on comic books and classic novels, Leigh Ann developed an early love of science fiction and literature. As an adult, she rediscovered her love for not only reading, but also writing the types of fiction that enchanted her as a teen. Her debut novel, ONE, is about a girl with only half a superpower, the boy who makes her fly, and her struggle to make herself whole.

Leigh Ann, her husband, and four children live in Columbus, Ohio. When she’s not immersed in the world of fiction, you can find her obsessing over the latest superhero movie or using her kids as an excuse to go out for ice cream (again.)